It is the easiest way to connect with your Kirale devices. Run KiTools from a Command Line or Powershell in Windows and all available Kirale devices will be shown on your screen. After you select one of them, KSH prompt will appear and the device will be ready to receive commands. 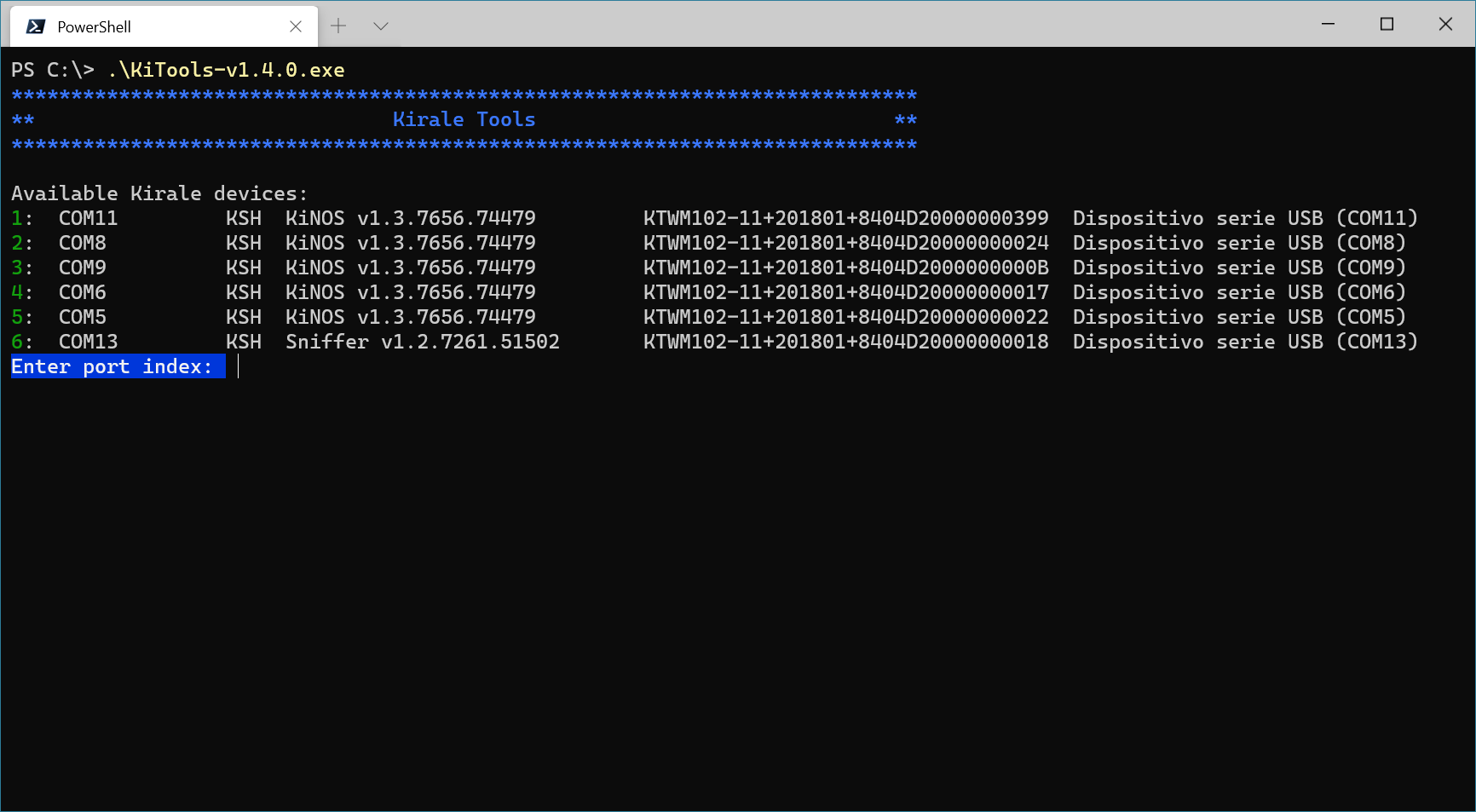 A wide variety of USB serial terminals are available for Windows systems. In this article a generic one called Termite is used as an example, but any other terminal application could be used.
Run the serial terminal and configure the following settings for a proper serial communication with Kirale devices:

The standard setup for the USB Serial port is 9600 baud, 8 bits, 1 stop bit, no parity.
The USB Serial terminal must be configured to append a carriage return character CR when Enter key is pressed.

Once configured, select one of the serial ports displayed in the Device Manager for the KiNOS Virtual COM, then press Enter to test if the interface to Kirale USB device is up and running. The KiNOS prompt must be returned.

It is recommended to enable local echo for readability of transmitted commands.

If you do not already have one, install a serial terminal at your choice. In this article a generic one called picocom is used as an example, but any other terminal application could be used. The configuration needed for the serial communication is the same as the one for Windows systems.

Use Ctrl+a and Ctrl+x to leave the program.